The Beatles imagined as emoji for social campaign. This was a good piece of fun and turned around in a relatively short period of time. Characters illustrations also progress through a career, style and hairdo timeline over four key periods. From the Beatles early days in Hamburg through to the infamous ‘Abbey Road’ album. Beatles song titles were sent as emoji text messages. Followers were then invited to return ideas with their own Beatles emoji song titles. 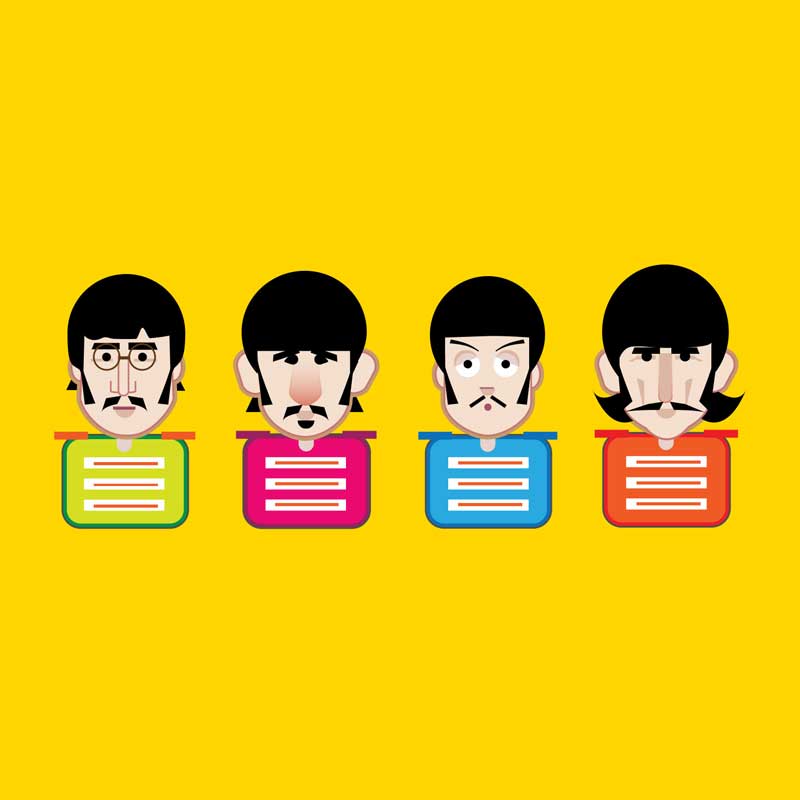 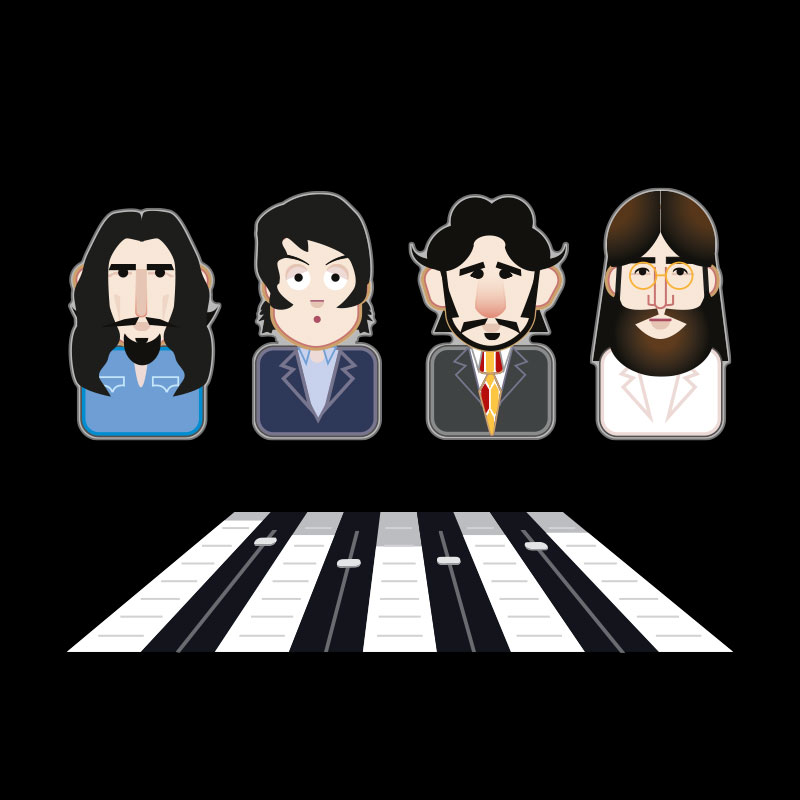 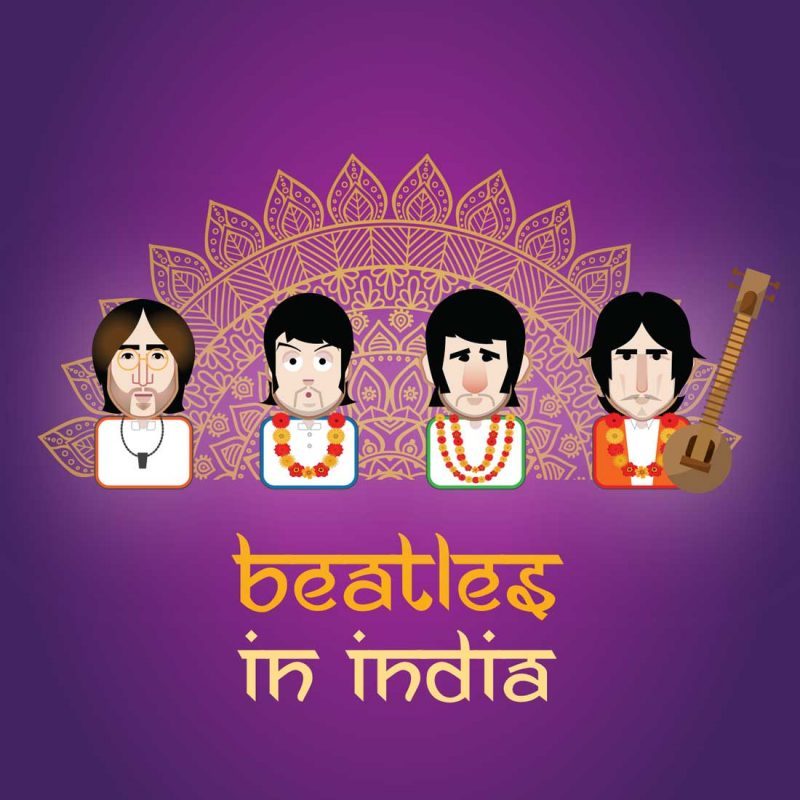